SPMod is a Metamod's plugin which is intended to be used as plugin system for Half-Life 1 and its derivatives. It uses SourcePawn as scripting language and allows to change completely the rules of a game or can ease the server administration by adding commands. SPMod's abilities can be extended by writing extensions, known as modules.

Read more about this resource...

What about CamelCase style for all spmod plugins api?

Do you want copy code from sourcemod or write own?

I don't really mind if it is CamelCase or camelCase, I used camelCase for first native and just kept that styling.

Those will be implemented, but I can't tell when, now I'd like to focus on command manager. If someone has some free time to spare, I'll welcome any contribution.

Those will be implemented later, when querying modules will be done, but there will be just engine module, not like in amxx where we have two modules engine & fakemeta, then people won't be confused which one should they use.

As same as engine module, at first I'd like to have core functionality more complete, then start to work on them, cstrike will be using regamedll api, there will be modules for games: DoD and TFC (most popular ones?). I don't want to add other game specific module unless someone wants to code it and then maintain it, because I don't feel like keeping dead code.

Could you elaborate more? Do you mean DataPack or something else?


Mistrick написал(а):
Do you want copy code from sourcemod or write own?
Нажмите для раскрытия...

I look at sourcemod and amxmodx mostly for reference, but I don't deny that I may copy some code in the future.

Amaroq написал(а):
Could you elaborate more? Do you mean DataPack or something else?
Нажмите для раскрытия...

Also i will glad to see JSON and CURL modules

Amaroq написал(а):
Could you elaborate more? Do you mean DataPack or something else?
Нажмите для раскрытия...

JSON and CURL both will be likely added in the future.

To be honest I haven't thought about it, but it seems like an interesting idea. How would it work? Something like this? There would need to be some master file in repo which stores info about plugin, name, ver, files, minimum spmod version to run, etc.

Thanks for suggestion, I'll try to make todo list asap. 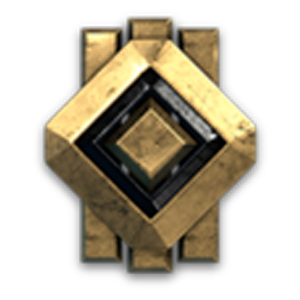